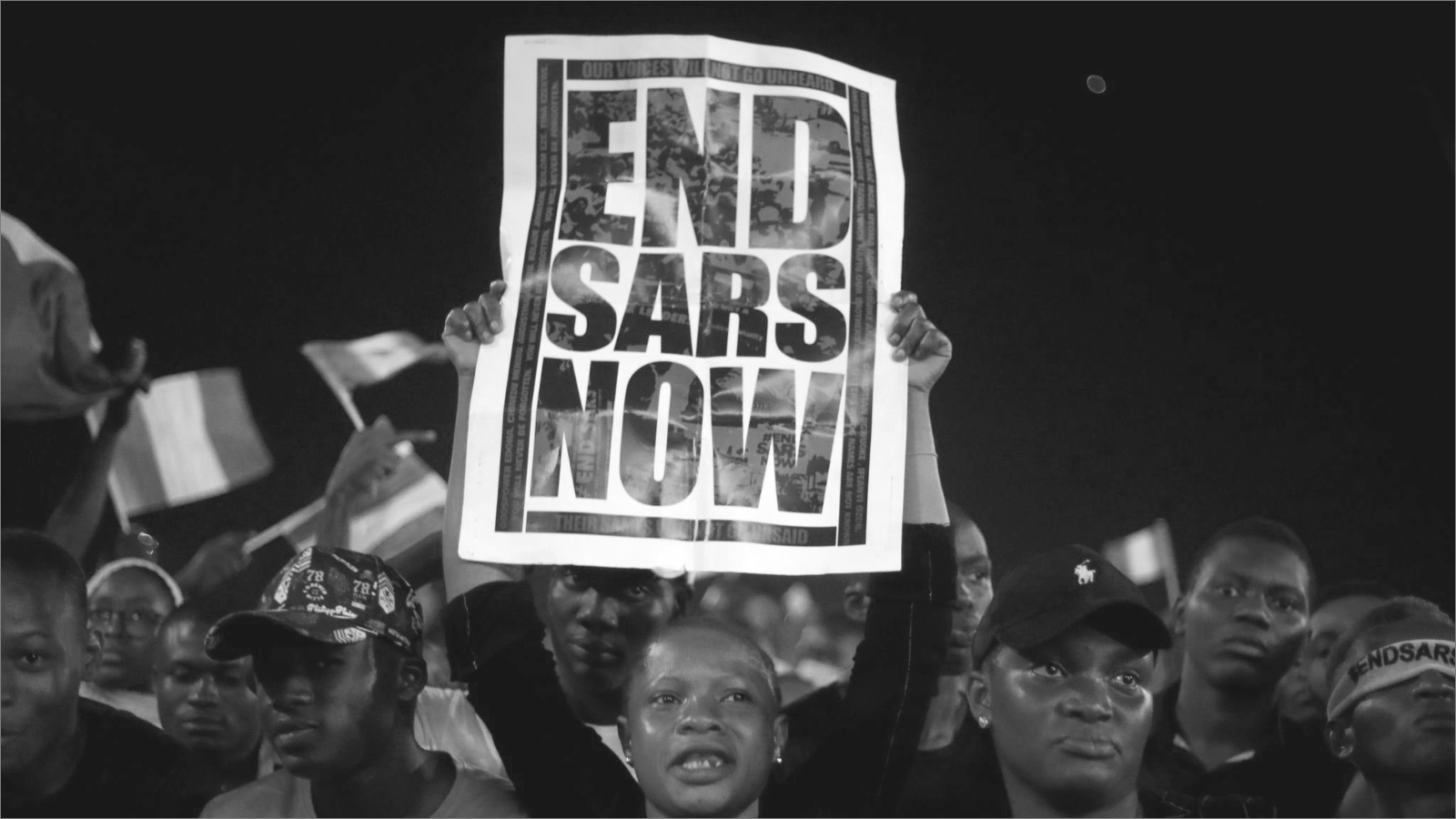 For weeks, the people of Nigeria have been courageously protesting from Abuja to Lagos, demanding an end to the killing, unlawful arrests, torture, sexual violence, and other harm caused by law enforcement across the country.

On Tuesday, October 20th, Nigerian forces opened fire on protestors, killing multiple people and adding to the dozens who have already been shot and killed over the course of the demonstrations. We won’t stand by as more Black people are killed with impunity.

We join others around the world in demanding the Nigerian government end the attack on protestors and we call for justice for those who have been injured and killed by all Nigerian forces. We also echo the demands of our Nigerian siblings and demand:

1. The immediate and permanent dissolution of the Special Anti-Robbery Squad (SARS)

2. Justice for all those who have been killed by SARS officials

3. The end of profiling by Nigerian law enforcement agencies

Black people in Nigeria come from a powerful legacy of courage and resistance. This moment calls on Black people around the world to stand in solidarity with people in Nigeria as they demand an end to the violence caused by Nigerian forces. We know that in a world where harm from law enforcement still reigns, and the vestiges of colonialism are still palpable, we must stand together while calling for an end to the very systems that are responsible for our suffering.

It is with this understanding that we condemn the current atrocities in Nigeria and recommit ourselves to a transnational struggle for a more just, peaceful, and sustainable world.

We are one movement, one people, and we stand with the people of Nigeria.

With love and solidarity 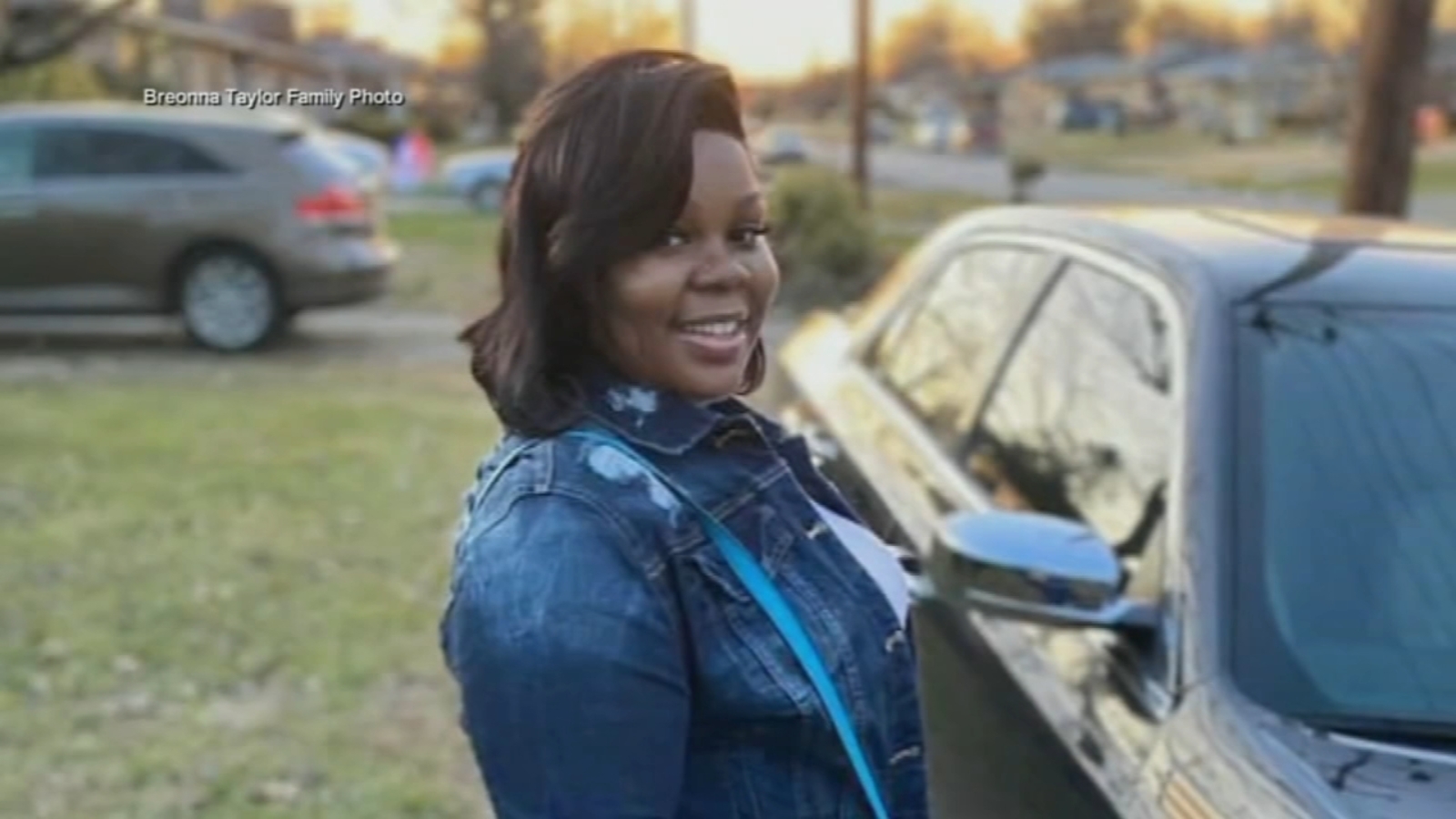 ATLANTA – The Movement for Black Lives issued the following statement after the Attorney General of Kentucky announced a meaningless indictment of first degree wanton endangerment against one of the three police officers who killed Breonna Taylor in her home on the night of March 13, 2020. Wanton endangerment, a low-level felony, is a charge often used in accidental injuries and implies minimal responsibility for the death or injury.

“The Movement for Black Lives and our millions of supporters around the globe stand with the family and community of Breonna Taylor in light of today’s toothless and gravely insufficient indictment brought against one of the officers who killed her. Alongside her community, we are outraged and prepared to activate our base to continue to organize for meaningful action for Breonna.

“Even though three officers have Breonna’s blood on their hands, only one was charged, and with three counts of first degree wanton endangerment, a class D felony implying a low-level of responsibility for the death or injury. This charge is connected to shooting into the neighboring apartment unit, but not the murder of Breonna Taylor. To be sure, a wall — an inanimate object– has received more justice than Breonna Taylor did today.

“This indictment is another clear and egregious reminder that the criminal-legal system in Louisville – and in this country – does not value Black people or see us as deserving of protection from those who’ve taken an oath to ‘protect and serve.’

“For months, millions of outraged people in every state have called for all three officers responsible for Breonna’s murder to be fired, arrested, and charged with murder. Today’s paltry announcement is a grave miscarriage of justice — just like those in the cases of Alton Sterling, Jamar Clark, Terrence Crutcher, and countless others.

“This decision, which was handed down 41 days before the most critical election in U.S. modern history, is intended to enable state-sanctioned violence against all Black communities and to obstruct people from asserting their first amendment right to protest.

“The Kentucky Attorney General shared his insufficient and faulty rationale for this decision during a press conference, condescending to a community that has been here countless times before. We know that Grand Juries indict 99.9 percent of the time, meaning prosecutors have tremendous power in what they choose to present. When Grand Juries do not indict, it is often because of a lack of will on the part of the state. To date, there have been no systemic changes in light of Breonna’s killing. The changes around no-knock warrants passed as part of Breonna’s Law do not cover the majority of warrants that result in unnecessary surprise invasions into people’s homes, and the commitment in the settlement to policy reform does not make substantive changes.

“We will continue fighting to hold all three officers who killed Breonna accountable, to defund the Louisville police department and re-envision what public safety looks like in our country. We won’t stop until ALL Black people can live and thrive without fear of harm from the state.

“We’re calling for all those who stand in defense of Black lives to support organizations in Louisville as they continue to mobilize people in this moment. If you’re able, send donations to:

“As we support our comrades in Louisville, we remain committed to the introduction and success of the BREATHE Act, the 21st century federal civil rights bill that divests from the harms of the criminal-legal system and invests in safe, healthy, and equitable communities. While today was another devastating day for those of us who believe in justice, and particularly for Breonna Taylor’s family and the families of others we’ve lost to state violence, they are not alone.

The Movement for Black Lives will continue to carry Breonna with us as we march forward in pursuit of the justice we all deserve.”