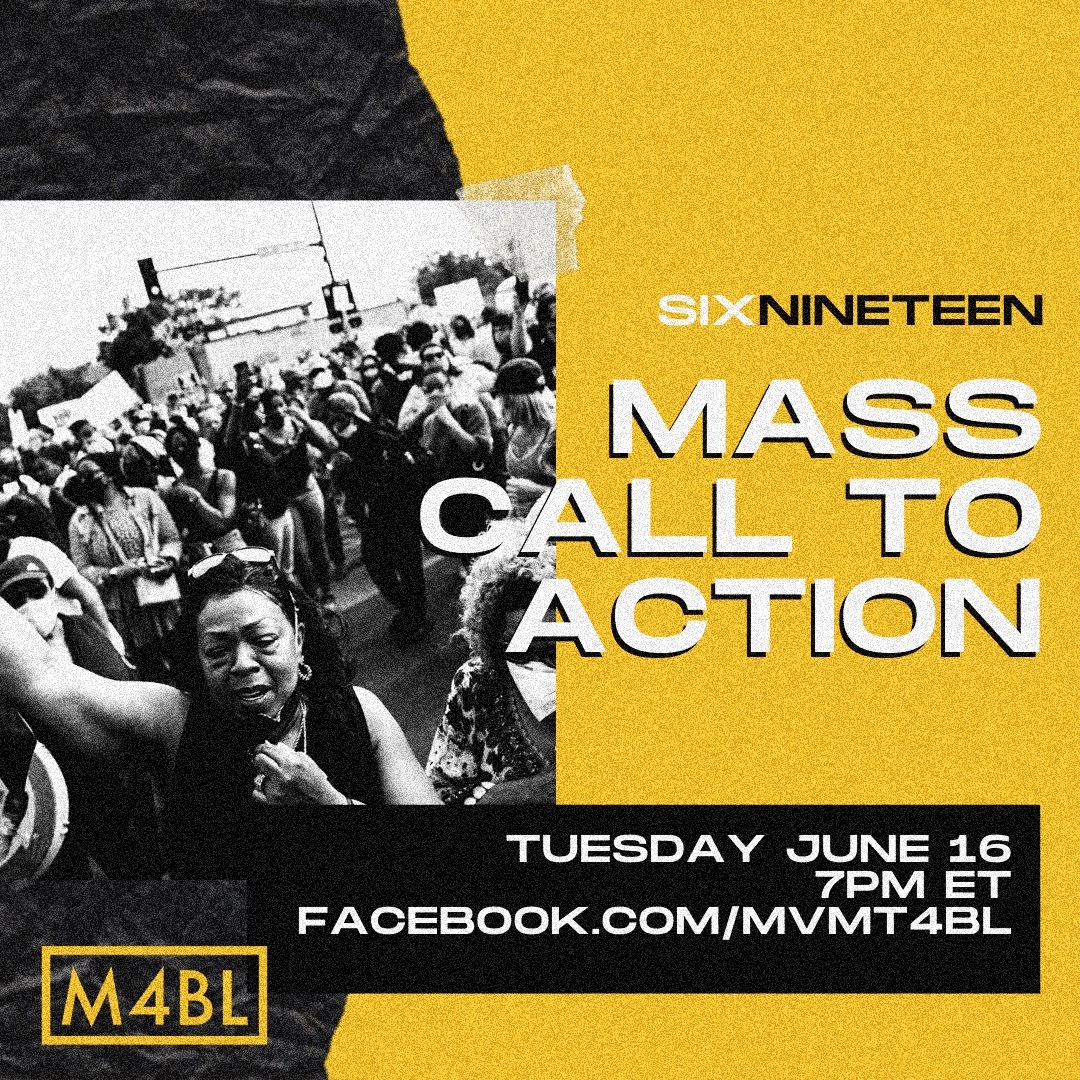 Join us for this teach-in on the budget process, threats to the defund movement, immigrants, climate, and Black priorities around the country.

Hear from local organizers and authors of the report, Struggle for Power: The Ongoing Persecution of Black Movement by the U.S. Government, as we discuss how the federal government has weaponized surveillance tactics, why we have proposed legislation like the BREATHE Act, and what we can do to fight back.

To kick off our month of Action and Education around Reparations, Movement for Black Lives is hosting a webinar covering the basics of reparations. During the webinar we will explore the definition of reparations, the long history of Black people fighting for and winning reparations and the current fights at the federal and local level […]

In Plain Sight: The Racism Hiding in Our Tax Code

Taxes: We all pay them, yet Black people benefit less from tax benefits and are disproportionately penalized by an unjust tax system. This seminar is about taxes, what we should know, what we should demand, and how we advocate for ourselves and our communities. Speakers: Maurice Weeks – Co-Executive Director of Action Center on Race […]

Join M4BL as we discuss the winter storms from the perspective of Black Lives on the ground. Hear frontline accounts of what is happening in their communities, and we will set the record straight about the root causes of this climate disaster while addressing false accusations and solutions coming from those interested in protecting profits […]

The People Decided. Here’s What’s Next.

M4BL Post-Election Roundtable: Black people defeated Trump. It’s a moment to celebrate, while acknowledging the work is not done. The Movement for Black Lives is convening a post-election roundtable to take stock of where we go from here, keeping our bold vision for Black lives as our north star.

Honoring Katrina’s Impact on the South: Origins of the Southern Movement Assembly (SMA)

Community resilience from the climate frontlines.

A celebration of hip-hop and our freedom fighters featuring performances from yasiin bey, RAPSODY, Sampa the Great and more. All funds raised will be donated to U.S. political prisoners and their freedom campaigns. Hosted by Malcolm X Grassroots Movement and Movement for Black Lives.

The hallmark convening of the Electoral Justice Project. A three-day gathering of 500 movement leaders from across the country, where we will anchor ourselves to the Vision for Black Lives and present our list of inclusive and expansive demands. Happening August 28th 2020, in tandem with the Democratic National Convention.

End the War on Black Women

Black trans people are central to the fight for Black liberation. We can’t fight against anti-Blackness and white supremacy without fighting transphobia, homophobia, and the ways white supremacy upholds harmful gender policing and many forms of gender-based violence – including the epidemic of deadly violence against Black trans women and femmes. When we build a […]

Tomorrow, we make history. Led by our partners at SEIU and in coordination with working people all over the U.S., we will rise up to #StrikeForBlackLives. Together, we will withhold our most valuable asset — our labor — in support of dismantling racism and white supremacy to bring about fundamental changes in our society, economy, […]