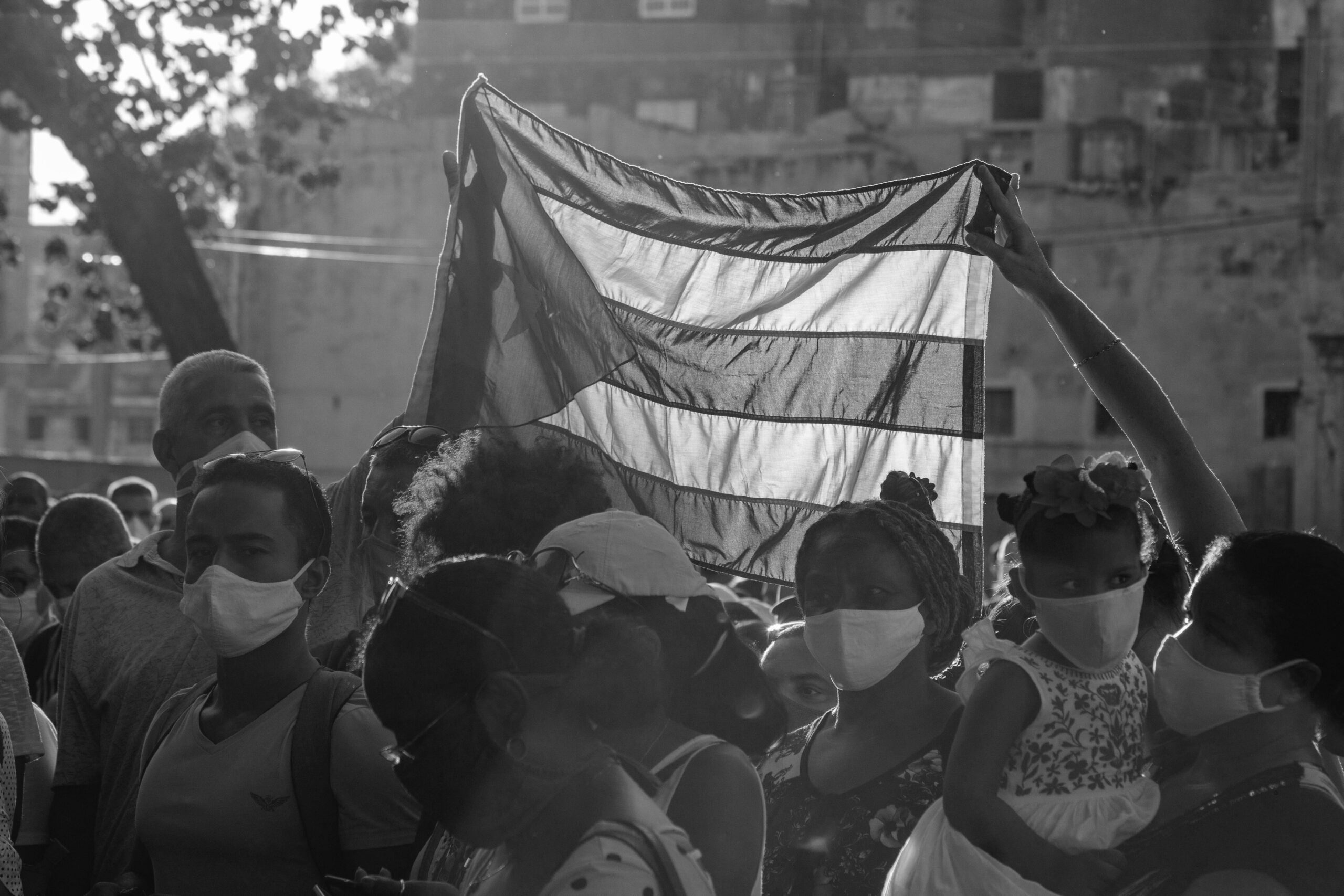 The Movement for Black Lives is in solidarity with the Cuban people and the spirit of the Cuban revolution.

We are in solidarity with Black Cubans in particular, who throughout history have played a critical role in advancing liberation. In addition, we believe it is critical that we understand the protests that have rocked Cuba this week in historical context.

In 1959, the Cuban people ousted a dictator who was under the control of the United States. Since then, they have fought to build a new society free of U.S. domination. As a result, the U.S. has imposed an embargo on Cuba for over sixty years—the longest in modern history. The embargo, which is essentially, a financial blockade, has been an attempt to isolate Cuba internationally. For almost three decades now, the United Nations General Assembly has called for an end to the embargo. Furthermore, in the midst of the pandemic and economic crisis, the blockade has made it difficult and at times impossible to access medicine, supplies and food – one of the single most sinister and debilitating policies that has harmed the Cuban people.

The COVID crisis has only added to the painful difficulties and challenges that the Cuban people face. If the Biden-Harris administration were truly concerned about the Cuban people, there is one thing it can do that would alleviate suffering immediately. Lift the blockade. Instead, they are giving traction to the propaganda of racist conservatives like Florida’s Rick DeSantis who work to criminalize protest and disenfranchise Black voters.

No government is perfect.  Black Cubans have legitimate criticism about racism and how leaders have handled this current crisis. One thing we know for sure, there is no record of U.S meddling and/or interventions making situations better. We also know that for the last 50 years right wing and neoliberal forces in the U.S. have sought to opportunistically manipulate Cuban politics, looking for an opening to undermine their sovereignty and re-establish control. Fidel Castro stood with Malcolm X in Harlem and proclaimed solidarity with Black liberation and Cuba has historically been a strong and stalwart supporter of Black struggles around the globe from Angola to Haiti.

It is for all these reasons that M4BL is in solidarity with the people of Cuba. We know that the Cuban People and Black Cubans in particular are not a monolith, so we support the right of Cubans to protest and at the same time we know that it is our obligation, those of us based in the U.S., to  demand an end to the inhumane and punitive blockade, and condemn any hint at U.S. intervention. In the tradition of Black internationalism, we support the self-determination of the Cuban people and Cuba’s rights as a sovereign nation.